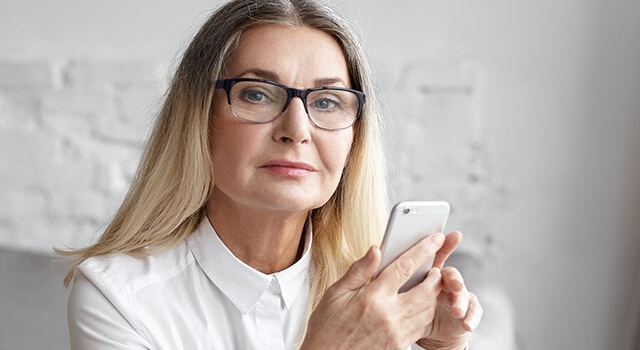 In previous blogs about diet and eye health, we discussed the important connection between nutrition and vision. Specifically, the lack of vitamin A in third world countries is a frequent cause of night blindness and other serious health problems. In industrialized countries, deficient intake of fruits and vegetables that supply the macular carotenoids lutein, zeaxanthin, and meso-zeaxanthin leads to light sensitivity, glare, and suboptimal vision. In this article, we will explore another vital role played by this unique trio of nutrients in reducing the risk of irreversible, central blindness from an eye disease known as Macular Degeneration.

Why is this topic so important? Age-related Macular Degeneration, or AMD, is the leading cause of vision loss in Americans above the age of 50, including 1 in 3 above age 75. With 14 million Americans affected, AMD is much more common than other eye diseases such as glaucoma and diabetic retinopathy. The number of people affected with AMD worldwide is projected to rise from the current level of 198 million to nearly 300 million by 2040!

Though genetics and age play a key role in AMD, there are certain behaviors that affect aging and change the risk of onset or progression of this disease. It is important to identify these “accelerators of aging” which include inflammation, oxidative stress, pollution, toxins, radiation, disruption of body rhythms, accumulation of metabolic waste, and poor nutrition.

In keeping with this concept, research confirms the importance of several modifiable factors in combating AMD. It is highly recommended to avoid smoking, maintain a good level of physical activity and a healthy weight, protect the eyes from sun exposure, and establish a healthy diet that includes omega-3s (ideally from fish), along with generous amounts of colorful fruits and vegetables.

The macula at the center of our retina contains millions of tightly packed photoreceptors —the rods and cones— and uses oxygen more rapidly than any other part of our body, thus creating high amounts of oxidative stress. The very center of this area, containing only cones that enable color vision and the ability to see fine details, must be given special protection throughout our lives to avoid the potential for cumulative damage that can occur without proper nutrition.

The Macular Pigment (MP) (see Figure 1, modified from MacuHealth) is strategically centered in front of the cones and may create a dense, yellow band to effectively filter blue light and protect from additive radiation damage. The three vital pigments that comprise the MP — lutein, zeaxanthin, and meso-zeaxanthin — also provide superb antioxidant protection. 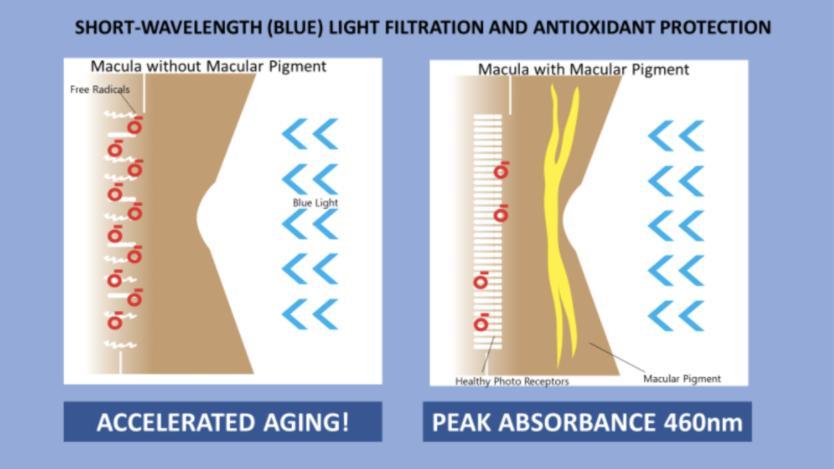 Figure 1. Macular Pigment may create a protective layer to filter blue light and reduce radiation damage to the macula. Modified from MacuHealth.

What Does Research Show?

Our knowledge has grown immensely due to research completed over the last few decades. Studies such as the Blue Mountains Eye Study have identified a strong association between the intake of macular carotenoids found in foods such as spinach and kale (see Figure 2) and a reduced risk for AMD. Significant macular protective benefits have also been associated with adherence to the Mediterranean diet. For those already diagnosed with a certain stage of AMD, a daily antioxidant supplement that includes macular carotenoids was shown to significantly reduce risk of disease progression. 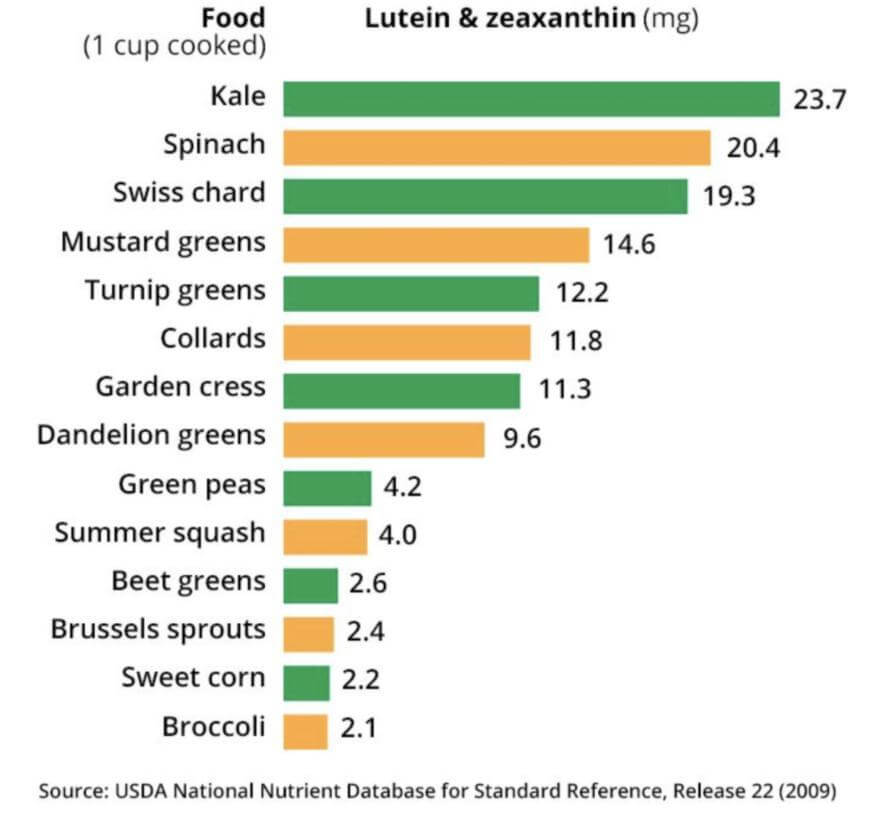 It is critical to recognize that without ingesting proper amounts of the right foods or taking select dietary supplements, we may have exceptionally low (or even NO) macular pigment. This lack of MP can allow accelerated aging of the macular to occur (Figure 1) and unnecessarily increase the long-term risk of central blindness.

I encourage better dietary habits and frequently recommend an effective daily triple carotenoid supplement containing 22 mg of macular carotenoids for my patients. Talk to your eye doctor to get a recommendation on the best supplement for your specific needs.